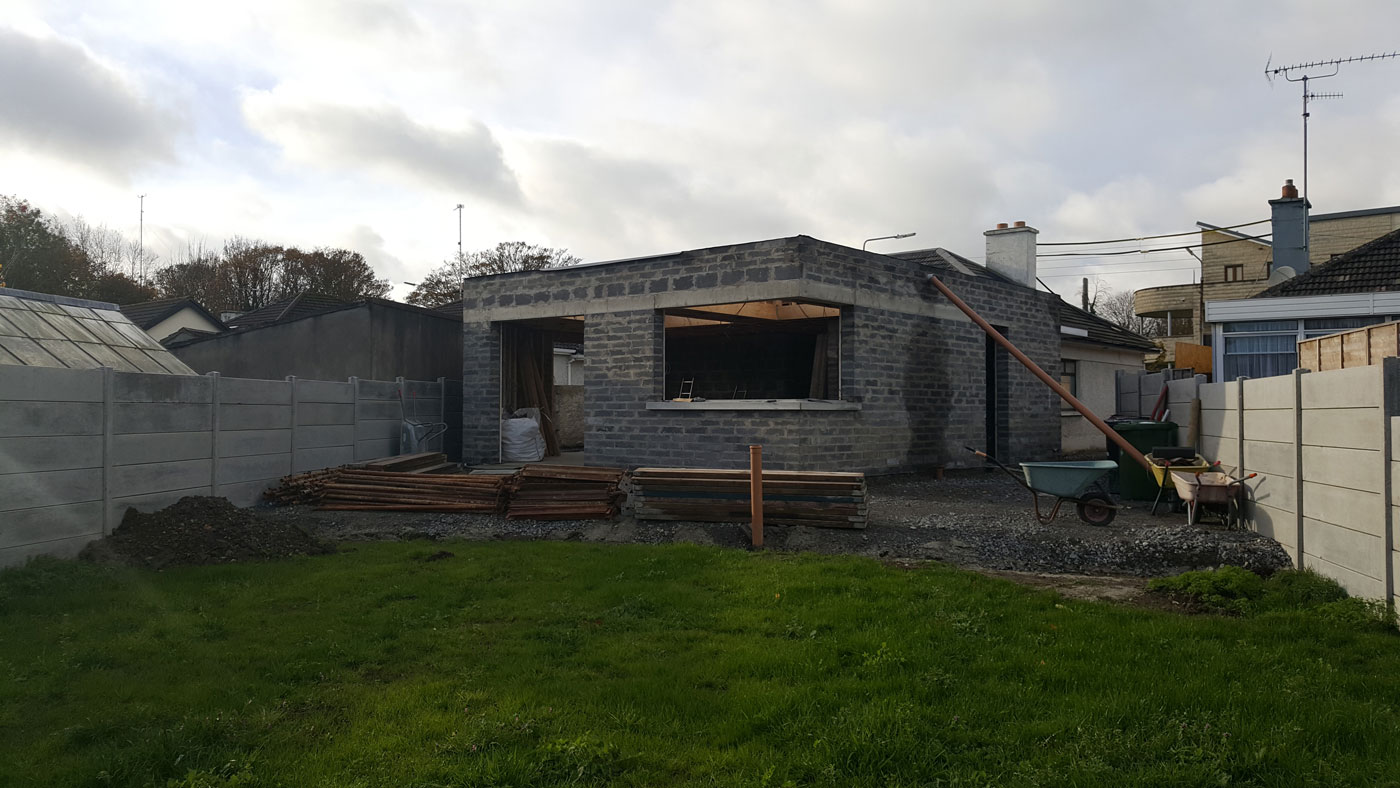 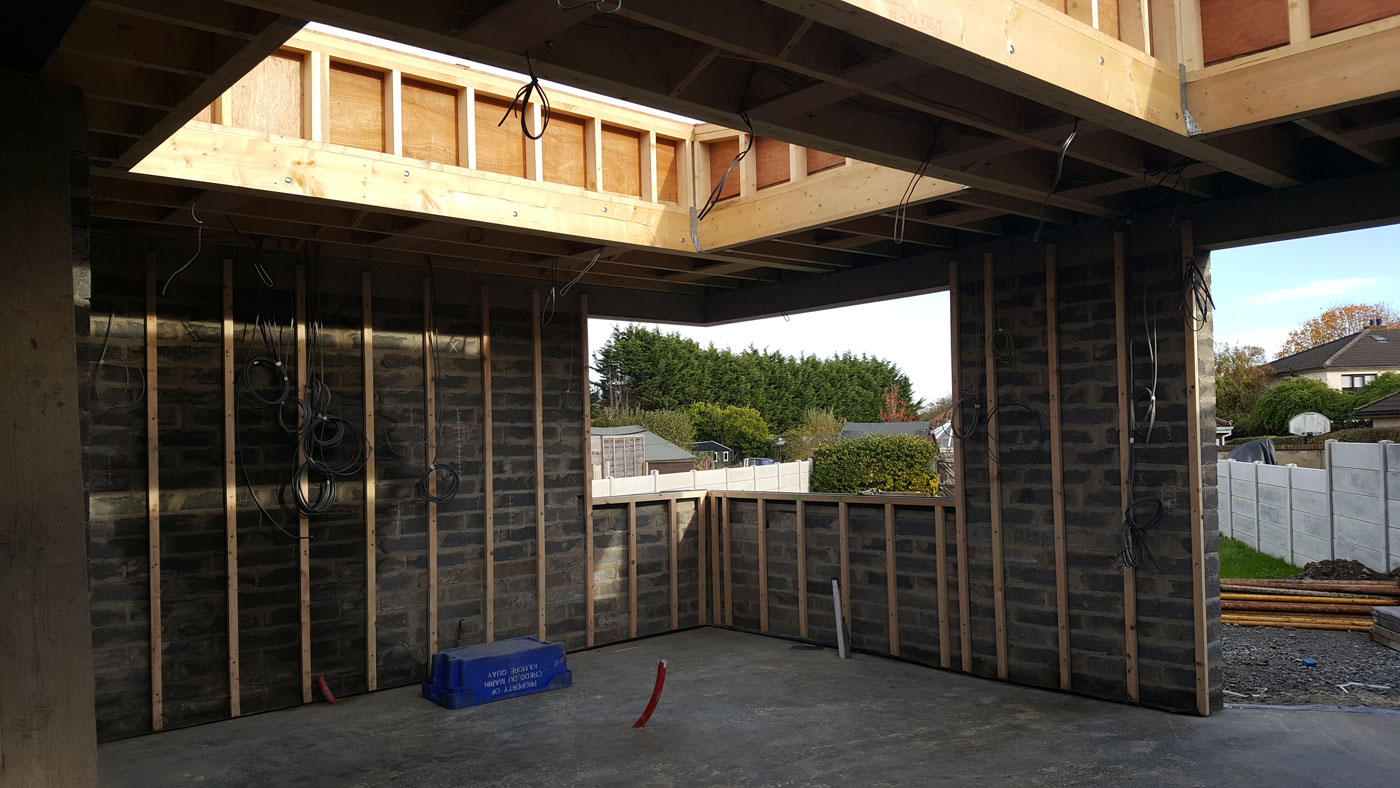 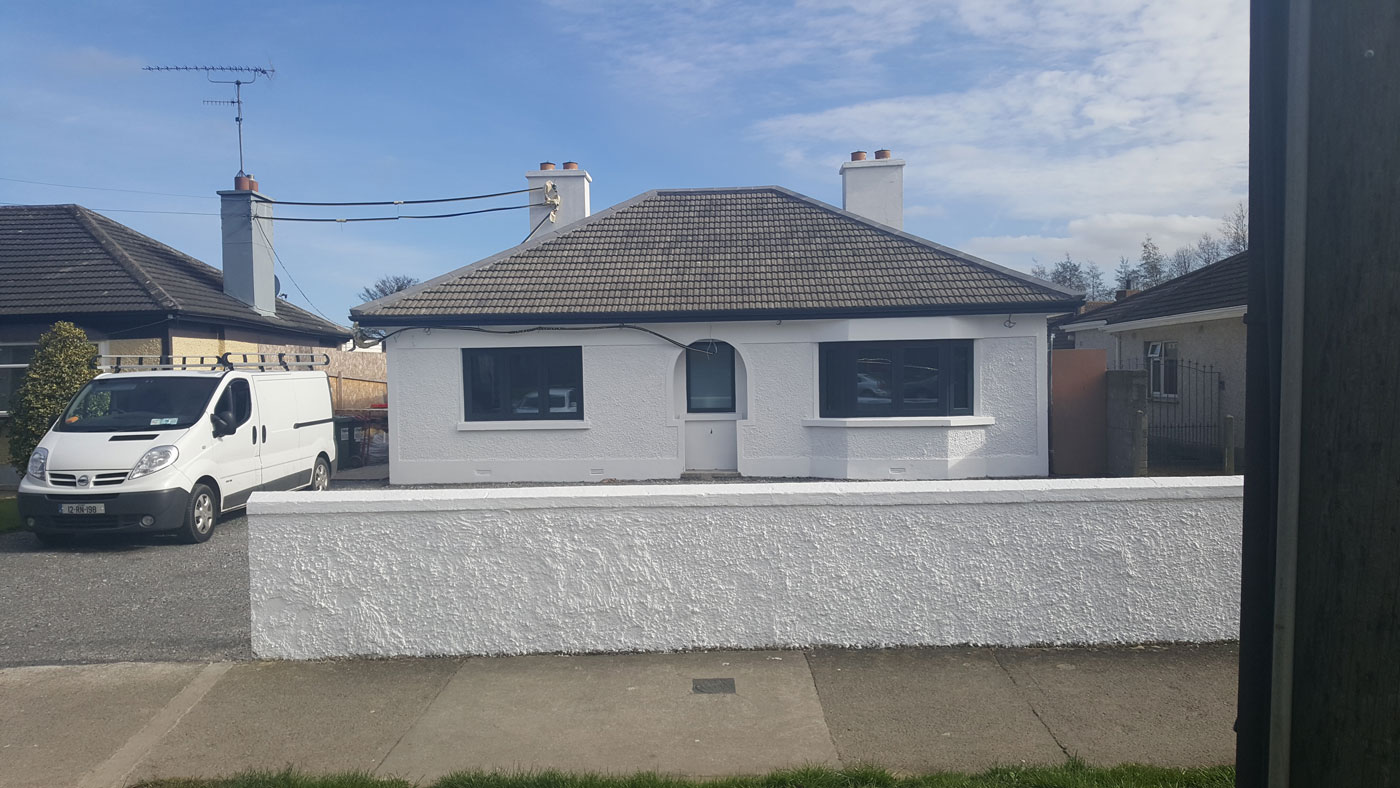 Brackfield Consulting were appointed by the client shortly after they purchased this derelict cottage close to Swords Main Street. The brief was to create an urban, single storey family dwelling while optimising the use and view of the long narrow garden.

The original cottage was totally refurbished and houses the sleeping zone of three bedrooms.  The original front door was removed while retaining the external alcove and the entrance hall now forms a new ensuite and dressing for the Master Bedroom.

A new front entrance was created to the side of the main dwelling providing access centrally in a link between the new extension and the existing.  The new entrance hallway leads directly to an open living zone and kitchen, delineated by a change in level to follow the contours of the site.  A fourth bedroom is also accommodated in the new extension.

The new living and kitchen area boasts two large rooflights and a corner window giving views to the garden.  Two large sets of sliding doors give access to the rear garden and to an enclosed courtyard.

The construction of the extension is solid blockwork outer leaf insulated internally, with render finish externally.  Large openings have been easily created by the use of a continuous concrete band beam at window head height, and the extension is finished with a flat fibreglass roof.

Although the extension is approximately 85m² it is not visible from the main road and unobtrusive for the neighbouring properties.

Brackfield Consulting provided a full architectural service. A Planning Grant was obtained with SUDS provision of incorporating Noise Mitigation Measures as the property is within the Outer Noise Zone for Dublin Airport.

The commencement notice was submitted online through the BCMS website with opt-out declaration, and an Engineer’s Opinion on Compliance Certification to BR SE 9202 will be issued upon completion of the project.

This project included a reinforced concrete band beam in the extension walls. Such an inclusion provides enhanced robustness as well as doubling to act as lintels with almost no corrosion potential. The rear window is unsupported in the corner allowing for the installation of uninterrupted glazing. 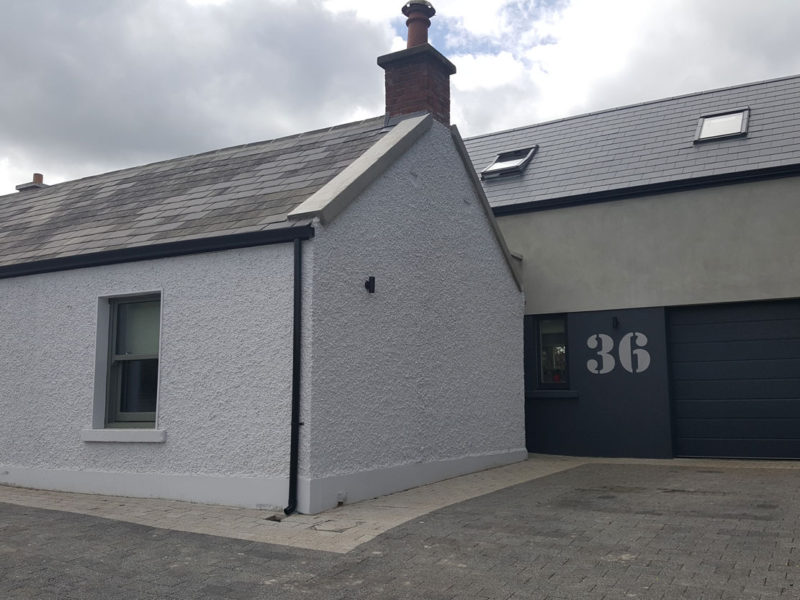 Room to Improve Project in Malahide 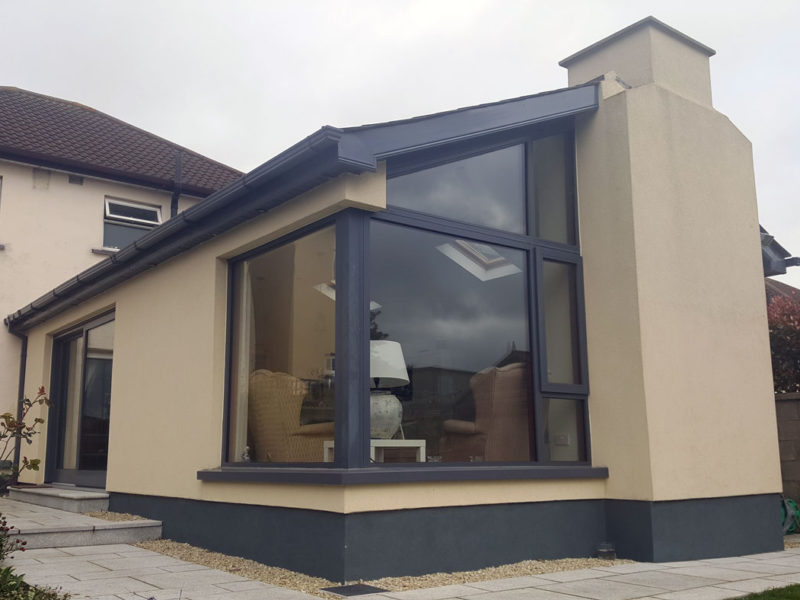